Freelancers working without contracts leave themselves open to a wide variety of problems. Whatever your business, contracts should be regarded as crucial rather than optional; here are just a small selection of reasons why failing to use them will leave you at a disadvantage.

Freelancers often worry about using contracts because they fear that it will offend people by implying that they are unscrupulous. However, this is not the case. The only time a potential client will balk at signing a contract is when they will do their best not to pay you; everybody else should see it as natural.

In fact, failing to present a contract – particularly for large projects – will often merely make you seem unprofessional. This won’t make you appear as legitimate in the eyes of potential clients.

This is the major benefit of drawing up a contract and having your client sign it. If you’re working without a contract, then you have no legal recourse should a client fail to pay you. Though rare, it is not unknown for freelancers to put all their effort into a project only to never hear from the client again once work has been sent.

Additionally, you’ll be able to receive your money exactly when you’re supposed to. You should ensure that contract terms state when payment should be sent, and should even stipulate an added charge for late payments. If a client hasn’t paid in time, you just have to remind them of the possible extra charge.

Freelancers often forget that they aren’t the only ones who feel the need to be protected. When a client counts on your support, they’re trusting you to deliver work at a certain time to a certain standard. If you fail to do so, they could be left in a difficult position.

Since you don’t work together, and may never even have met, many clients will jump at the chance of signing a contract to ensure that you will produce what has been promised.

If you aren’t using contracts, you need to change that practice immediately. For large orders, it makes sense to contact a legal professional. They’ll draw everything up to create a professional, air-tight document. 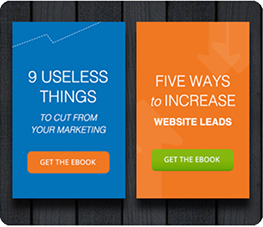